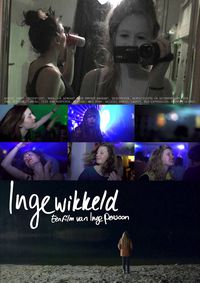 In this intimate documentary, a young film student faces a doubt, whether to continue in her profession or devote herself to music, her other passion.

Ingewikkeld. The dilemma between music and cinema

Coming up to your graduation you've got the feeling that the world is at your feet.

Everything is possible. But all those possibilities make it harder to know what you want in life. Inge is twenty years old and is finishing her study to become a filmmaker.

But besides film, she also loves making music. It's too difficult to choose for one thing, so she decided to combine both in her graduation film.

'Ingewikkeld' is an intimate documentary in which Inge and her friends talk and sing about their doubts about what they want in life.