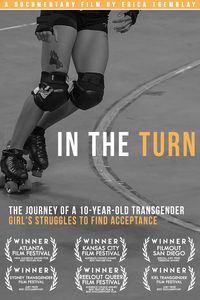 A ten-year-old transgender girl finds in a queer team of Roller Derby the confidence to continue her transition.

“In The Turn”. Always forward and never straight

At the age of three, Crystal said that she was a girl despite being born in a boy's body.

Ever since her mother bought her a skirt shortly after, a difficult journey began for Crystal, whose transition has since suffered all kinds of harassment that at the age of five led her to consider taking her own life.

The discovery of "Vagine Regime", a queer collective of Roller Derby, becomes Crystal's great hope to be able to play in a team of girls, an opportunity that was always denied in her school.