In the same boat 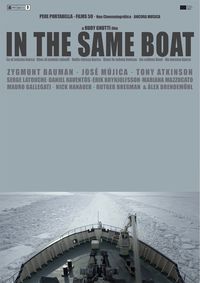 In this documentary, a boat acts as a metaphor to illustrate the following premise: technological advances could be the key to a better world, but if we do not learn to manage them, our future could be threatening.

"In The Same Boat" The dilemma between technology and civilization

This documentary is about how this boat, metaphor of our civilization, has a unique opportunity: technological advances could be the key to a better and fairer world, but if we do not learn to manage them, and we do not redirect the helm of this ship, the future could be threatening.

The director Rudy Gnutti goes around the world to listen to the most important specialists and emblematic figures such as Zygmunt Bauman or the former president of Uruguay José Mujica, but without ignoring the need to also attend the testimonies of ordinary people, all of us.