I Shot My Love 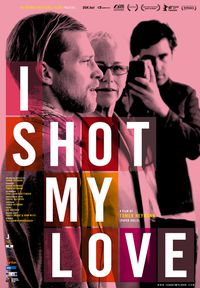 The Israeli filmmaker Tommer Heymann uses his video camera to document the relationship he has with his mother, a daughter of German Jews who escaped to Tel Aviv fleeing the Nazi regime. When Tommer begins a relationship with Andreas, a German dancer, the filming continues to investigate issues such as the traumas of the past, the notion of identity and love beyond labels.

I Shot My Love, Filming the everyday love

A few hours after presenting his documentary "Paper Dolls" at the Berlin International Film Festival, the Israeli filmmaker Tommer Heymann met a man who would change his life, the German dancer Andreas Merk, with whom he would begin a transcendental relationship.

Being Tommer's mother a daughter of German Jews who escaped to Israel fleeing from the Nazis, the arrival of Andreas leads Tommer to an exploration of subjects such as the uprooting and the marks that the acts of our ancestors leave on us. The filmmaker films almost everything with a small video camera without shame or any fear of rummaging - even to the annoyance - in the thoughts and longings of these two special people.

While the relationship with Merk deepens during their coexistence in Tel Aviv and his mother faces a delicate illness, the presence of the camera causes the opening of old family wounds that find a moment of catharsis in the rose with the cinematographic image, a respite for envision a primary awareness of peace.