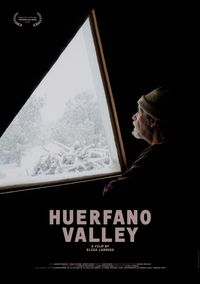 "Libre" an "Triple A" are two hippie communes established in the 70's in Huerfano Valley, Colorado. Many years after its golden age has passed, a group of men and women remember what life was like in these utopian place.

Huerfano Valley, The story of a hippie commune

Two hundred naked men and women plant corn on a piece of land in an immense valley under the Colorado sky. The scene occurred in "Libre", a hippie commune created in the 70's. A few weeks later, all the corn they planted was lost, as the harvesters never again took care of it.

In the film, a founder and inhabitant of the commune tells us this anecdote, which stands as an accurate metaphor of the fate this utopian place had to face. In this documentary, the story of "Libre" and "Triple A" is told by characters that have experienced this "social experiment" from the beginning.

The three protagonists visit the vastness of the Huerfano Valley to inspire their remembrances and re-imagine those moments of happiness, chaos and anarchy.