Here The Seats Are Vacant 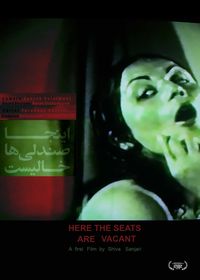 Known as one of the best dancers in Tehran and having been Iran's first female film director, Shahrzad's artistic career was cut short with the arrival of the Islamic Revolution. Several decades later she gives us her life testimony.

Here The Seats Are Vacant. A free woman in Tehran

As a child, Shahrzad could not help singing a song while walking down the street or dancing at her school's events. Abused by her conservative father, who scolded her for expressing her artistic skills, Shahrzad was able to express herself forced to work in one of the many cabarets that swarmed during the Shah's mandate.

Before 1979, Shahrzad had achieved great recognition, known for being one of the best dancers in Tehran, to have acted in several films and even to become Iran’s first female film director.

But after the arrival of the Islamic revolution and its religious prohibitions Shahrzad was detained by the authorities, a confinement that lasted for decades. In this documentary, Shahrzad recalls her golden days, memories that are illustrated by a valuable archive material of the Iranian films of that time.