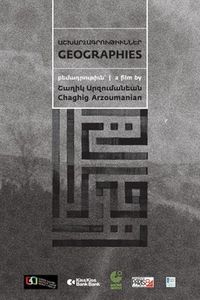 Through this intimate documentary, the filmmaker Chaghig Arzoumanian returns to her Armenian origins. Her grandparents' story is also a story about the wounds of the Armenian genocide.

Geographies. An intimate story on the Armenian Genocide

Nazareth was twelve years old, Lousaper still a newborn, when the Armenian genocide was perpetrated in 1915. The film traces the paths of their solitary peregrination throughout exile; from their village of Burunkisla to Beirut, passing through Cairo, Karantina and an orphanage in Saida's before meeting again, years later, around a lunch table where they fell in love and decided to start a family.

Nazareth shut his eyes at the age of fifty-seven carrying away with him the last visions of the "old country" His eyes are those of my father, which are today mine.