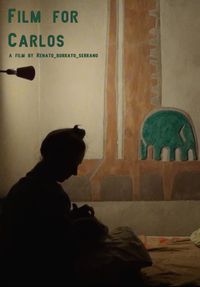 The filmmaker Renato Borrayo films the first year of his first son Carlos. He is dark skin and was born in the Russian Empire. And for his new family this is a bit of a problem.

Film For Carlos. A dark skin baby in the Russian Empire

Carlos, the son of the filmmaker Renato Borrayo, has been just born. He is the sweetest of the babies, but his grandmother is very sorry that he was born dark skin.

The Grandfather, wants Carlos to know that he was born in the Great Russian Empire and wishes to celebrate this event but the grandmother doesn't allow him to drink. This is Carlos's first new year.

Borrayo made a movie so that he would remember it, and to talk about hilarious and painfull things happening in my new family.