Female To What The Fuck 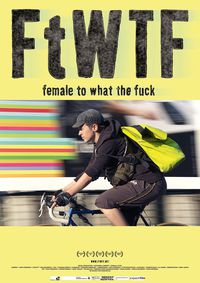 Six different people share their experience assuming transgender identities in the most diverse and fascinating ways.

Female to What the Fuck, The freedom of being transgender

This genuine, indie documentary is a precise encounter with the theme of gender transgression, whereby the gender border is crossed in the same direction each time: from a specific starting point (female/woman) to a temporarily open end point ("what the fuck").

The filmmakers portray six people who for different reasons take on a transgender identity and live it out in different and changing ways. In talks that are serious yet nonetheless not anxious, which draw us in, the protagonists confront the conditions, consequences, and sometimes also bizarre circumstances of their decision.

The way they do so is disarmingly open and often humorous, in a manner that is amazing to see. Due to the gorgeous images, deep insights into gender construction and sexuality are communicated with ease; and the protagonists´ obvious trust in the film Project can be attributed to the directors' impressive expertise.