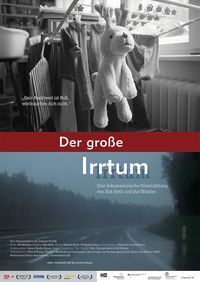 A traveling cameraman and father of three observes what happens when human skills no longer command a "market value".

AWARDS: Prize of the Jury for the Stiftung Friedliche Revolution for the Best Documentary about the subject of democracy. Dok Leipzig

The Great Fallacy. A cinematic travelogue through five years in Germany

While searching for a new film project, a cameraman stumbles upon a peculiar point of view: the "market value of human beings."

Spurred on by curiosity, he follows the dilemma of three women with a marginal "market value", as well as two politicians who are fighting their way through bureaucratic windmills in their search for pragmatic solutions.

The cameraman believes to have found a vision which could change society. But by now, he has become afflicted himself and finds himself confronted with one of life's great fallacies.

A cinematic travelogue through five years in Germany – a time capsule addressed to the cameraman's children to open one day as adults.

Dirk Heth Director
Home Blog About Us Contact Us