EZK: Beyond The Walls 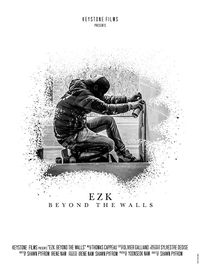 This short film follows French street artist Eric ZeKing, known as EZK, whose work has been a reference for social and political change in France.

EZK: Beyond The Walls. Graffiti for justice in France

this is the story of Eric ZeKing, also known as EZK, a French street artist who uses his art for social and political comment, and whose work, which he strives to align with his values, has become a proactive tool for change over the past ten years.