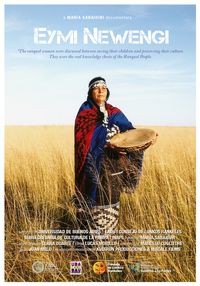 This documentary makes visible the struggle of the Ranqueles, an indigenous community in Argentina who have resisted the civilization advance and continue fighting for their land and their imagery.

Your Are Strong. The fight for our lands

The ‘Ranqueles’ are an aboriginal community of natives, that has survived the extermination made by the Argentinian Nation at the end of 19th century.

A trip through gold and desolated fields, recovering their ancestral sounds and the empower of the woman in those communities.