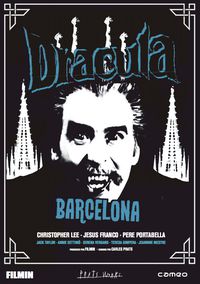 This documentary connects the parallel experiences of two films that were shot in Barcelona in 1969: Count Dracula, played by actor Christopher Lee, and the art-house film Cuadecuc - Vampir.

In 1969, Jesús Franco and Christopher Lee shot Count Dracula in Barcelona. At the same time, Pere Portabella became aware of this filming, vampirizing it in Cuadecuc, Vampir. Genre and Art-house films had never been so close. Drácula Barcelona tells the story of these two movies.