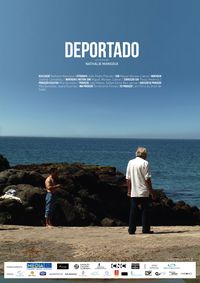 After living for several years in the United States, a group of men are deported and forced to return to the Azores, their homeland, a place where they do not feel they belong to either.

Deported. An island to return to

Deported from the USA, where they were raised and lived, these men are forced to go back to their motherland, the Azores, due to felony convictions.

With no expectations of finding a new life, in an island to which they no longer belong, they slowly wilt away in internment centers.

Amongst faraway memories, abandoned hopes and the physical distance of their dear ones, the paradise island slowly becomes an open sky jail.