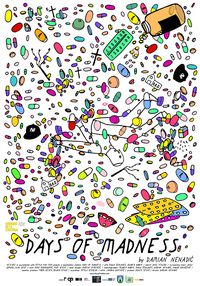 Mladen and Maja seek their space in a society that rejects them. They also want their independence from the health system that has made them addicted to their medications.

Days Of Madness. Who is not insane in this world?

This film is a participatory-observational documentary that leads to the hidden and most obscure world of psychic difference.

In the mature phase of their life, Mladen and Maja find themselves trapped between demons of the past and the loads of medicines they have to take forced by an intransigent health system.

Through a subtle observation, this documentary follow their loneliness and a vicious circle of rejection and guilt, but it also attempts to find their space they long for in the society that has rejected them.