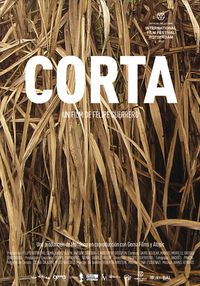 This observational documentary presents a cinematic essay on the bodies of sugarcane cutters in Valle del Cauca, Colombia, and the effort they make in their daily tasks.

Corta. The bodies that work in the sugarcane

Corta, the documentary by Felipe Guerrero, is a film about manual work and, at the same time, a study about the tacit language that is established between the body of the workers of a sugarcane in Colombia and the forms of nature.

But the documentary is also a reflection on cinema as a means to observe reality. In this sense, the Colombian filmmaker resorts to the texture and sound of a 16mm film that, exposed in a fixed shot with with prolonged duration, materially bring us closer to this forgotten rural reality.