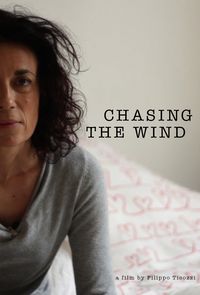 Karine is a professional embalmer. As the one in charge of freezing life in an inert body, every day is a battle for perfection and against death.

Chasing The Wind. The days of an embalmer

She is one of the best at that job. She thinks herself as a gambler playing with the decease. She tries to steal some moments from death, before nothingness.

But this game could end up becoming an unattainable pursuit of the perfection.