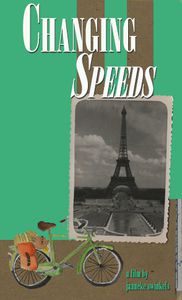 In 1950, Frans Swinkels and his friend Broer left their native Dutch village to embark on a bicycle trip to Rome. 60 years later, Frans’s granddaughter, the filmmaker, brings out the memories of that unforgettable trip.

Gone is the small village of Heythuysen, in the south of Holland, after several days of cycling to Rome. It is the year 1950 and the travelers are the young Catholics Frans Swinkels and his friend Broer. During their tour, both send letters back to Holland to tell their fiancés about the European adventure, correspondences that 60 years later make this beautiful  short film possible.

Director Frans Swinkels opens the box of memories to relive that youthful journey with her grandfather Frans, who in 2013 is a widower and uses a walker to move around. The narrative of the film is based on the texts written in the letters sent and received by Frans during his trip, which is illustrated through entertaining animations that reconstruct a family memory that will travel from generation to generation.