Before The Summer Ends 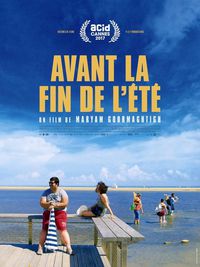 After living in Paris for years, Arash, a demotivated young Iranian, visits the coasts of France with his friends, who try to revive in him the desire to stay and not return to his country.

Before the summer ends. A last vacation in France?

After five years of study in Paris, Arash hasn't adapted to French life and decides to return home to Iran.

Hoping to change his mind, two friends drag him away on a final trip across France.