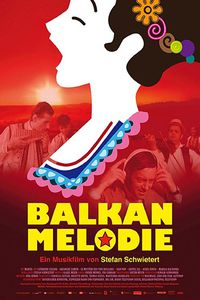 The film tells the story of Marcel Cellier who traveled to Eastern Europe, where he collected and documented sounds that were up until then unknown in the west. They made this music internationally known and paved the way to success for musicians like the Romanian pan-flute virtuoso Gheorghe Zamfir and the legendary Bulgarian female vocal choir 'Le Mystere des Voix Bulgares'.

Balkan Melodie, a walk through the mysteries of Balkan music

Marcel Cellier lights his morning cigarette and reads the newspaper in the comfort of the beautiful house where he lives with his wife Catherine at the foot of a very green mountain. It seems to be an ordinary day, but it is not.

On the radio and in the newspaper they announce the 85th birthday of one of the most important ethnomusicologist and music producer in Europe. It is rather a propitious day to celebrate the life of this music lover, a life made of hundreds of trips through the Balkan region in order to introduce the music of Eastern Europe to the whole world.

During this film directed by Stefan Schwietert, Cellier tells his memoirs of the trips in which he recorded the musical expressions of the Balkan folklore with his own recording gear. Focused on the regions of Romania and Bulgaria, the documentary is a unique opportunity to hear the beautiful melodies of the territories to the west of the Black Sea.

The renowned women's choir called "The Mystery of Bulgarian Voices" has a special participation in the documentary. We follow the choristers on the eve of a special concert. The choir´s music, released for the first time worldwide by Cellier's record label, are a living example of how the prestige of the musical producer and the talented performer could not exist without each other.