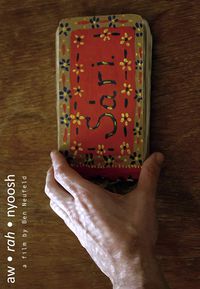 Through the diary written by his grandmother during her days of work in an ammunitions factory during the Second World War, a filmmaker enters with his father in an exploration between fiction and documentary about their ancestor.

Aw • Rah • Nyoosh. A journey between fiction and documentary to a family past

In this documentary the filmmaker Ben Neufeld attempts to imagine, along with his father, his grandmother's experience at a labor camp during the holocaust.

As the two get drawn into a world of the grandmother's romance, they begin to lose control of their imaginations.