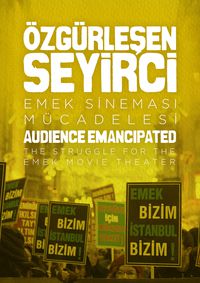 With a strong militant signature, this film documents the struggle of the defenders of the last independent cinema of Istanbul, threatened by the imminent construction of a commercial mall.

Audience Emmancipated. The struggle for the Emek Movie Theater

Made out of several video recordings made by many people, this film makes a chronicle of the resistance against the demolition of the Emek, the last independent movie theatre in Istanbul.

This movement served as an space collectively construct the idea of a new publicness that gained visibility with the Gezi Resistance to the cinema screen through a political mobilization for cinema itself.