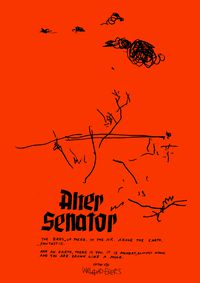 Images, or rather everyday scraps of the town of Bremen, Germany, reach the most unimaginable fantastic situations seeing them from an alcoholic point of view.

Alter Senator is a film about the effects of alcohol but not about alcoholism. The documentary makes us dress the costumes of various characters, but it is not a fiction film either, nor a documentary per se.

The only thing we can take for granted in this film is the sensation of companionship, escapism and relief that gives us Alter Senator, the most popular alcoholic drink in Bremen, that accompanies us throughout the film as our best ally character.