All Roads Lead To Afrin 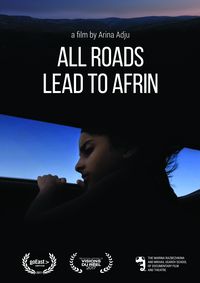 Arina, a Russian girl, crosses the border from Turkey to visit her father, a Kurdish man who lives in the tense calm of a Syrian territory.

Invited to meet the new family of her father, a Kurdish man who lives in a small town in Syria, Arina, a Russian girl, crosses the border from Turkey to enter the unknown.

In one of the scenes of the film, the children of her father sleep on mattresses in the same room while Arina films them with her camera.

It is a moment of looking at the other, at those people who, in their tender naiveté, are taking away the figure of her father, as far away as she never thought he would be.