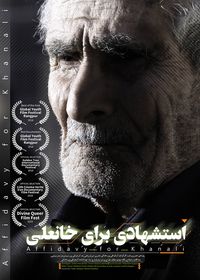 In rural Iran, an old postman loses his job at 92 years of age. Fighting his physical limitations, he is determined to get it back.

Times have changed, especially if you are 92 years old and a postman. Khanali can’t understand why his office has let him go from the job he’s had delivering the mail for the past 35 years.

Determined to get his old job back, he sets out to find answers, but he is not moving very quickly. It may be a different world but he feels fine, he says. Nevertheless, what else would he be doing with his time?