A Bar On Majorca 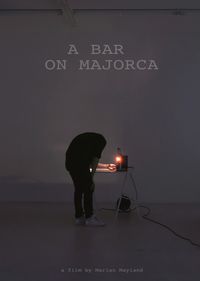 With a provocative title, this short film essay delves into the image that documents a rally of the National Democratic Party filmed with an old 8mm film to reflect on the existence of this party of Nazi origins.

A Bar On Majorca. How to film a German far-right wing political party

In a black and white image with intense film grain, we see a rally of the National Democratic Party (PND), a party accused of retaking Nazi ideas and which was recently the center of a dispute where the supreme court of justice denied its prohibition.

In addition to giving us information about the origin of the film used and the chemical process that has caused the intense granulation, a narrator that we do not see comments the images, reflecting on the existence of the NDP and its implications in the German society, while questioning about the borders of the film essay.