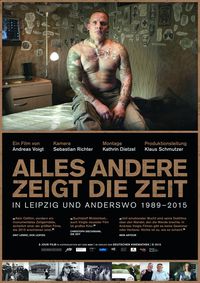 Another title from Andreas Voigt's Leipzig Series. The German filmmaker now investigates the traces left by the reunification of Germany in the life of three characters who were adolescents of that time.

Time Will Tell. Three faces and the trace of the Berlin wall

In this documentary, filmmaker Andreas Voigt returns to some of the protagonists from his earlier films of the ‘Leipzig Series’.

During the political upheaval in late-1989/early-1990, Isabel, Jenny and Sven were teenagers of fourteen and fifteen and still attending school.

The dramatic social changes following the collapse of East Germany hit them head on during their most formative years.