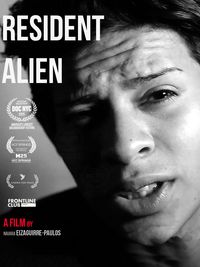 Carlos used to live in the world's most dangerous city in Honduras. He fled gang violence and now lives with his grandmother in the U.S. Now deportation is the new threat.

Resident Alien. Under the threat of deportation

15-year-old Carlos saw his best friend shot dead in front of him in Honduras and escaped gang violence by fleeing to his grandmother in the U.S., but his undocumented status leaves him vulnerable to deportation.