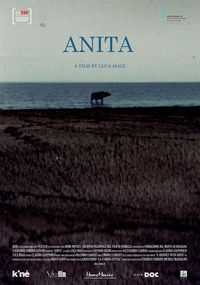 Freely inspired by a script that filmmaker Federico Fellini never filmed, this documentary portrays the journey of two lovers to a ghostly town in the province of Italy with the motive of visiting an agonizing father.

Anita. A journey to a mystical Italian village

At the beginning of this documentary, the filmmaker Federico Fellini explains in an interview the simple plot of a film he hoped to shoot soon: A young man returns to the province where he grew up because his father is dying, a trip in which he is accompanied by a young girl named Anita.

Using a dreamy 8mm registry mixed with digital images, this film depicts the journey Fellini could never shoot in life. This time, director Luca Magi rescues the character of Anita and places her at the center of the story, a point of view from where we discover the small village of Civita, a coastal town full of clay and populated by the elderly and their memories.