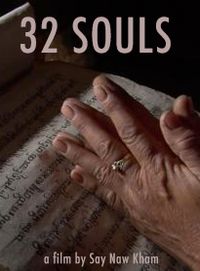 An old woman from Mong Htet, in northern Shan State in Myanmar, looks back on a life marked by privation and loss. Her memories are interwoven with images that touch on this conflicted state’s past, present and future.

32 Souls. A poetic documentary about the persistence of memory

In the director's own words this film "is like time travel. In 32 Souls, I wanted to recall past wars and imagine souls gazing on the present; I also wanted to journey into the future via the prayer at the end. 32 Souls is partly a portrait of my grandmother’s cousin and partly a poetic contemplation of a society in ruins as a result of war, environmental damage and the gradual erosion of belief systems"

The film is "A quietly poetic and evocative work about the rhythms of daily life, mortality and the persistence of memory."