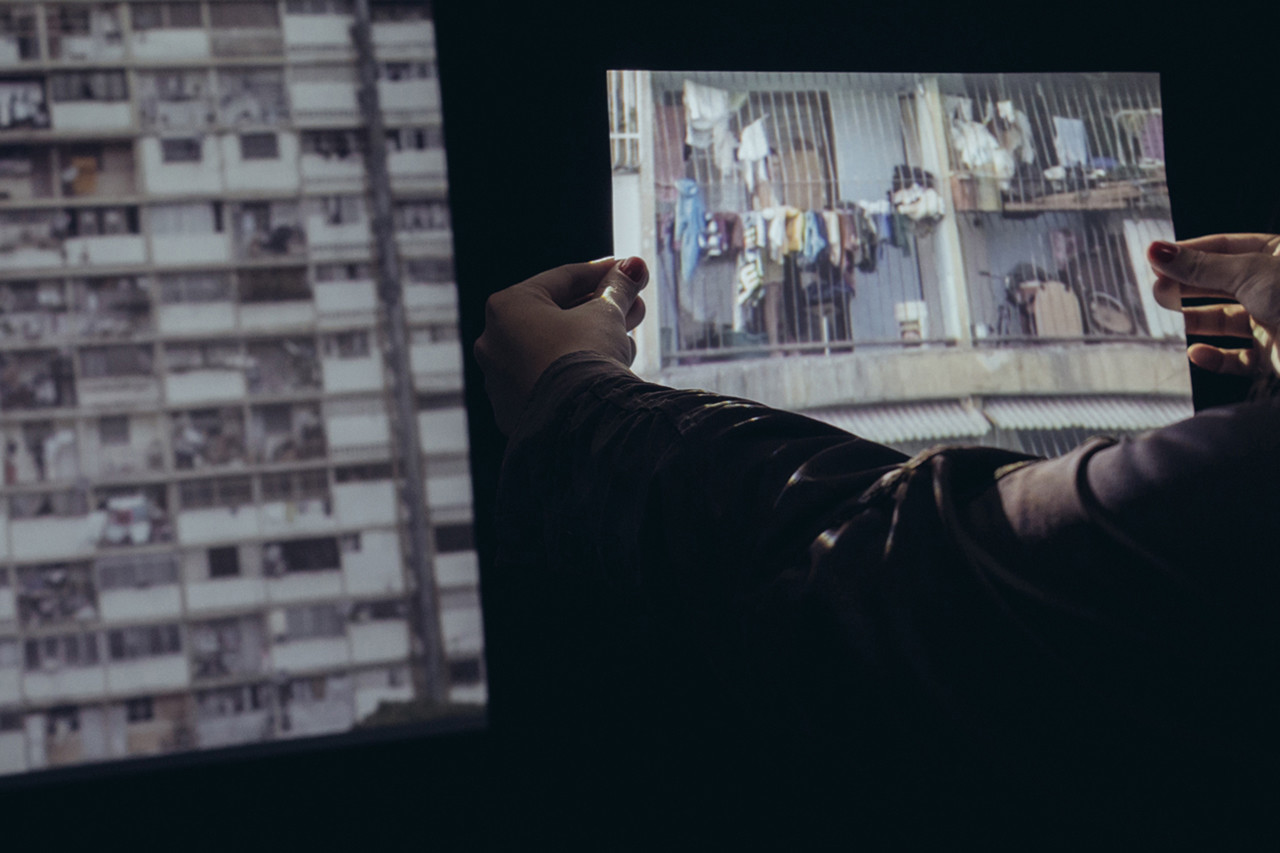 During the process of constructing "Bad Hair", her feature film that won the first prize at the renowned San Sebastian Film Festival, Venezuelan director Mariana Rondón filmed in a documentary style the facade of one of the giant apartment blocks of “23 de Enero”, a famous low class residence in Caracas where the plot of develops. The result is “Superbloque” an artistic installation that poses an aesthetic dissertation on the limits of public and private space through an interactive audiovisual experience. Surrounded by a dark space where the only source of light comes from the projected image of one of these blocks, the user of the installation explores the screen with a sheet of paper in its hands, this way framing and focusing the little stories that these buildings house. In addition to being his own "editor" in this tridimensional film, the user also listens to the sound coming from the scene he has in his hands, thus creating an intimate and sensory experience with the characters. The installation has been shown in Caracas, Rio de Janeiro and recently in Lima, Peru. 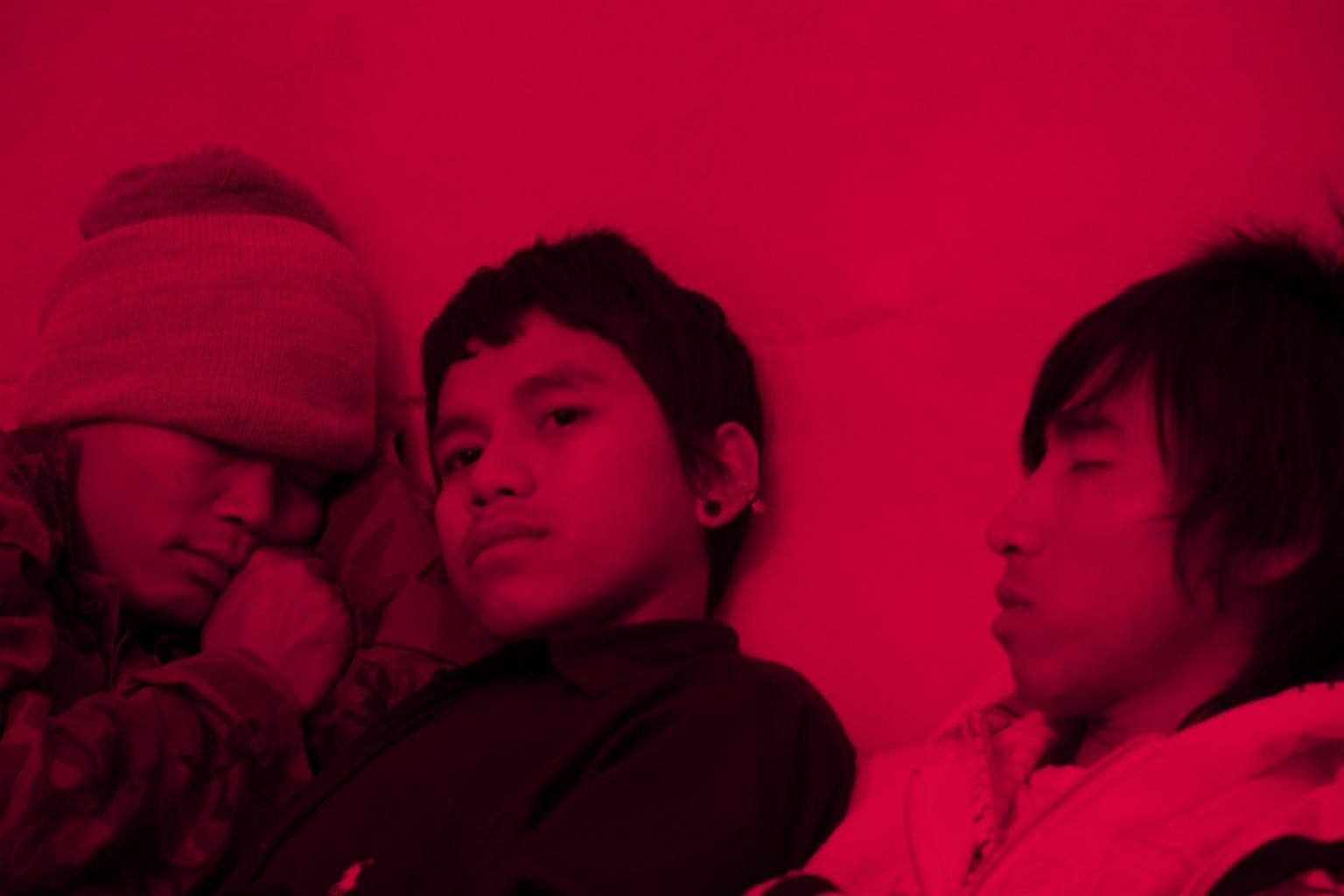 In Primitive, the myths and real stories of the town of Nabua, located in the north of Thailand, are reimagined in seven audiovisual pieces made by director Apichatpong Weerasethakul, winner of the Palm D’or of the Cannes Film Festival. Cataloged in the past as a "red zone" by the government in power, the jungles of Nabua served as a hiding place for the Maoist guerrillas, whose influence was physically and psychologically confronted by the army of that time. Weerasethakul addresses the young descendants of these victims in the present and develops with them a series of projects based on the popular myths of the region, including that of a ghost widow who abducts any man who dares to enter her empire. These young men reinterpret and build new memories through the construction of a spaceship in the middle of a rural environment inhabited by darkness, mystery and the stigmas of the past. Primitive has been shown in London's Tate Modern, the New Museum in New York and other cutting-edge museums.

The Works of Johan Grimonprez (Belgium) 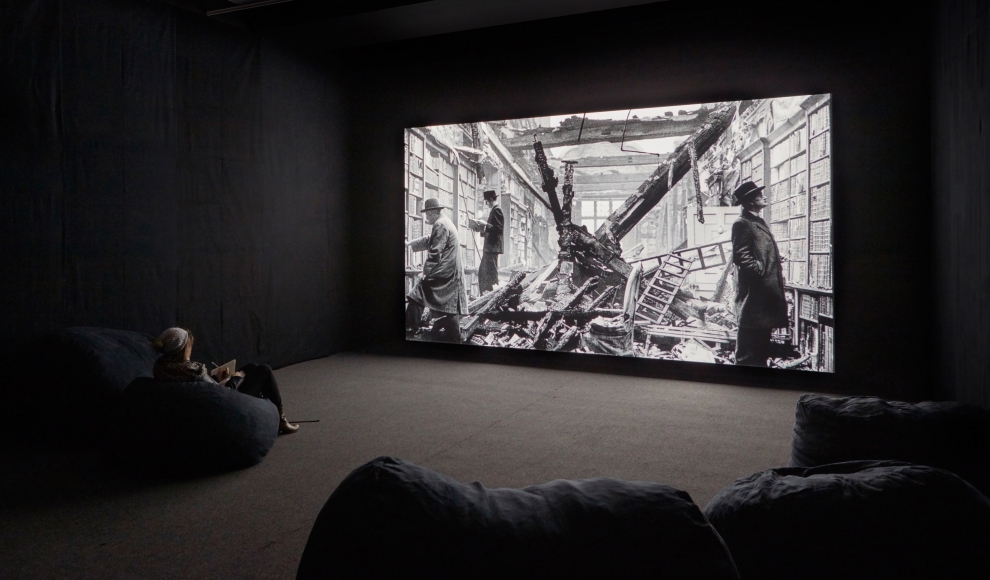 Unlike the two previous experiences, where filmmakers separate their traditional filmography from their installations specially designed to be exhibited in a museum, Johan Grimonprez wants his medium and long duration film essays to have an exhibition hall as his ideal perceptive space. In this way, the user of a museum has to stop his walk and dive into his films, normally exposed in dark and minimalist spaces, as if it were a movie theater. The work that drew attention to his career was “Dial H-I-S-T-O-R-Y”, a complex and daring essay that discusses the mass media treatment of aeronautical kidnappings during history. Among his later works are “Double Take”, where Grimonprez uses archival material to build a fictional meeting between Alfred Hitchcock and an old version of himself to address the phenomenon of the invasion of television into the domestic environment; and also “Shadow World”, a documentary about the global arms trade. His films have been exhibited at the Pompidou Center in Paris, the Barcelona Museum of Contemporary Art and the Pinakothek der Moderne in Munich, among others.