Did you forget about them? Meet the Oscar nominees for Best Documentary Short Film

This Sunday February 26 there will be another Oscar night. But when the nominees for the Best Documentary Short film are announced, very few will be familiar with the pieces competing in this category that in the middle of World War II, in 1941, provided its first statuette to the Canadian propaganda short film “Churchill’s Island”, directed by Stuart Legg.

Since then, it seems natural that this category is undermined by its older sisters, which hold the feature films that capture attention in all media, not to mention the other two sections exclusive for short films in the genres of Animation and Fiction, which usually surpass it in attention.

GuideDoc gives you the opportunity to get to know more of each one of the Oscar nominated films in the category of Best Documentary Short Film, so that you can pick your favorite for the big night. 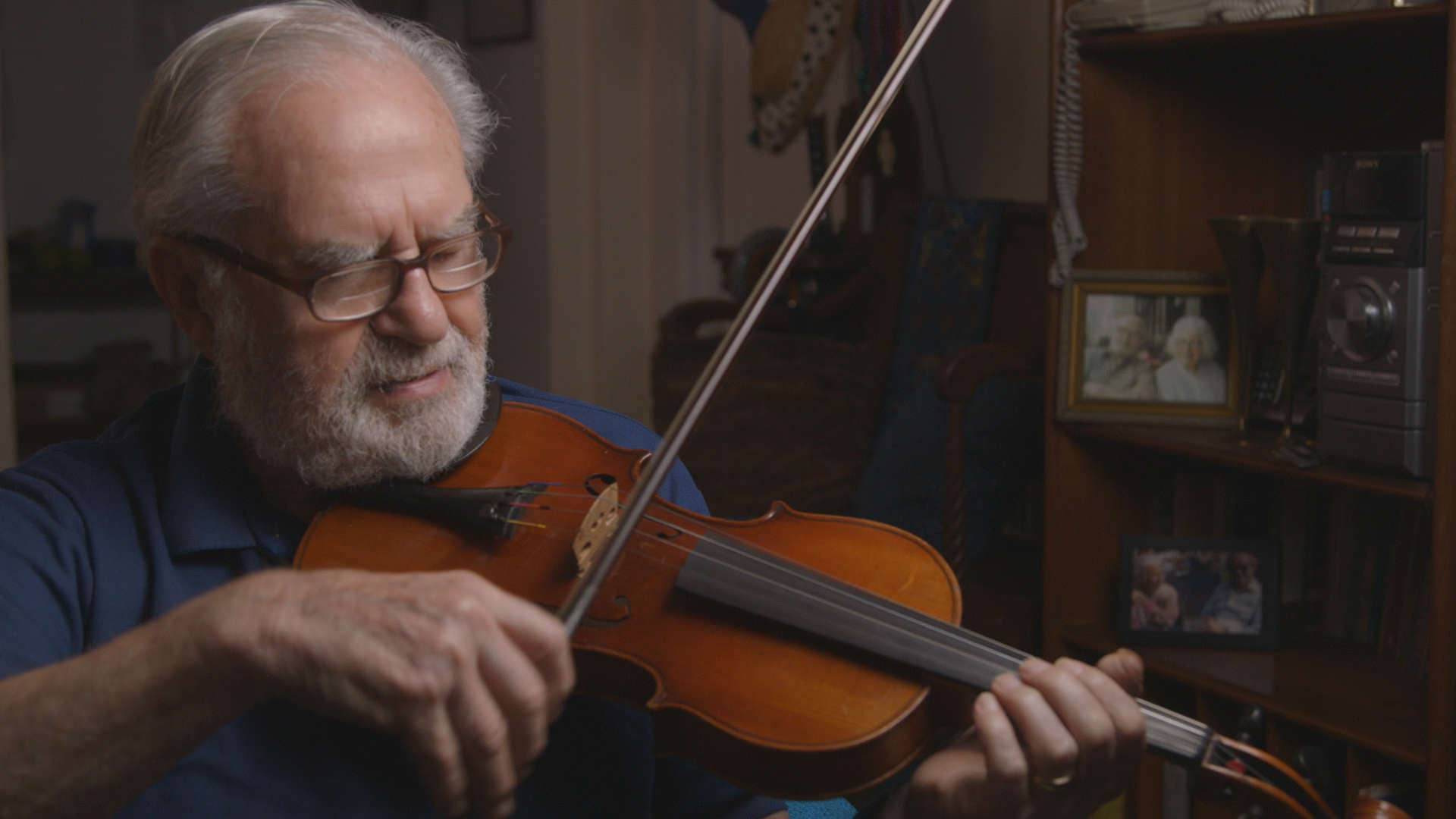 This documentary directed by US filmmaker Kahane Cooperman — known for her participation in The Daily Show with Jon Stewart — follows the journey of an old violin that Joseph Feingold brought under his arm to the United States after surviving the holocaust and his decision to donate it to a girl of Newyork city´s poorest district.

Brianna Perez, an African-American girl from the Bronx Global Learning Institute for Girls is the chosen one to receive the violin. This curious pair of characters gets to know each other and unite their experiences through music. One of the most emotional scenes of the documentary is when the girl plays with the violin a song that Joe’s mother used to sing to him as a child.

In this way, the documentary alternates Joe´s testimonies of the violin´s story with the images of Brianna during conversations she has with her friends in the interstices of her school day. Director Kahane Cooperman, who has her first Oscar nomination with this short film, told to Deadline how the story of Joe’s Violin was born:

“I was driving my car on the way to work when I heard an announcement about a campaign of donations of used instruments organized by the local radio. It was that simple. It said, “Donate your instruments. All instruments collected will go to the Children’s School of New York City. We have already received donations: a flute from Brooklin and a violin from a 91-year-old man who survived the holocaust. “That was it. It was about fifteen seconds, but the announcement immediately caught my attention and I felt interested to know the story behind this violin. I did not know if there was one, but I imagined it did!” 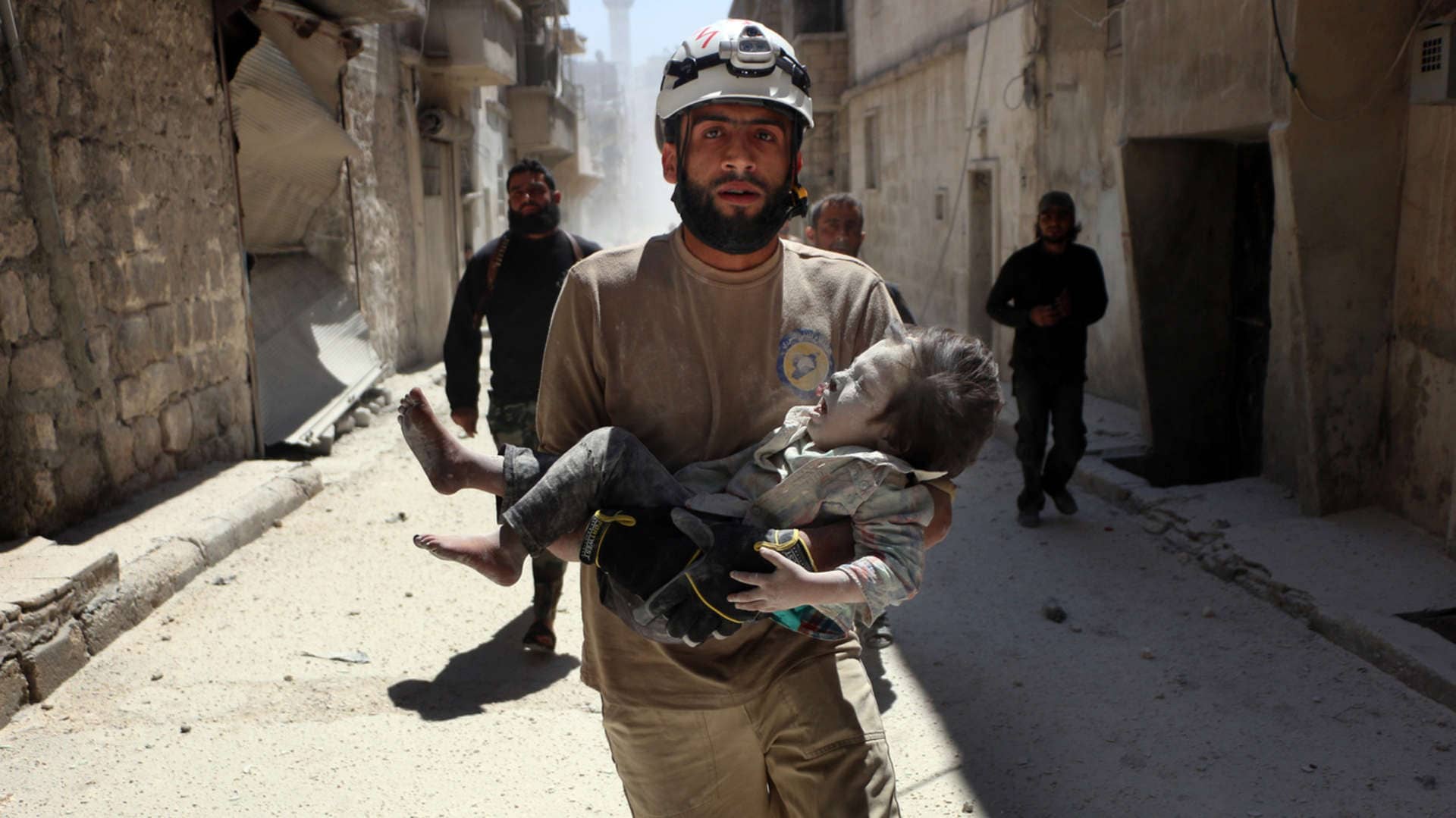 Directors Orlando von Einsiedel and Joanna Natasegara are already well-known for the Oscar people. After getting their first nomination with the short-documentary Virunga in 2014, this year they come back with The White Helmets. The film accompanies a group of Syrian civilian volunteers who are dedicated to rescuing the victims of ISIS´s bombings to the city of Aleppo.

The men call themselves the Syrian Civil Defense, and are known for wearing white helmets during their operations. The film is spun by interviews on the go to each of the volunteers, and is loaded with moments of tension when it comes the time to follow the rescuers in their everyday duty to find life — or corpses — among the ruins of their city.

One of the documentary’s most emotional anecdotes occurs when The White Helmets find a one-week-old baby who survived a bombardment. They little survivor is called “The Miracle Baby”

Lacking any formal training, the rescuers travel to Turkey to receive training. From the distance, they depend only on news on television to follow the disastrous outcome of the war, hoping that their relatives are not part of the statistics “ It was an experience that changed us; nothing could prepare us for the scale of the destruction and the daily trauma they were subjected to. We would question ourselves: How could they maintain any hope? Would we be as strong as them if put in their shoes?”said the filmmakers in a joint editorial published by Indiewire. 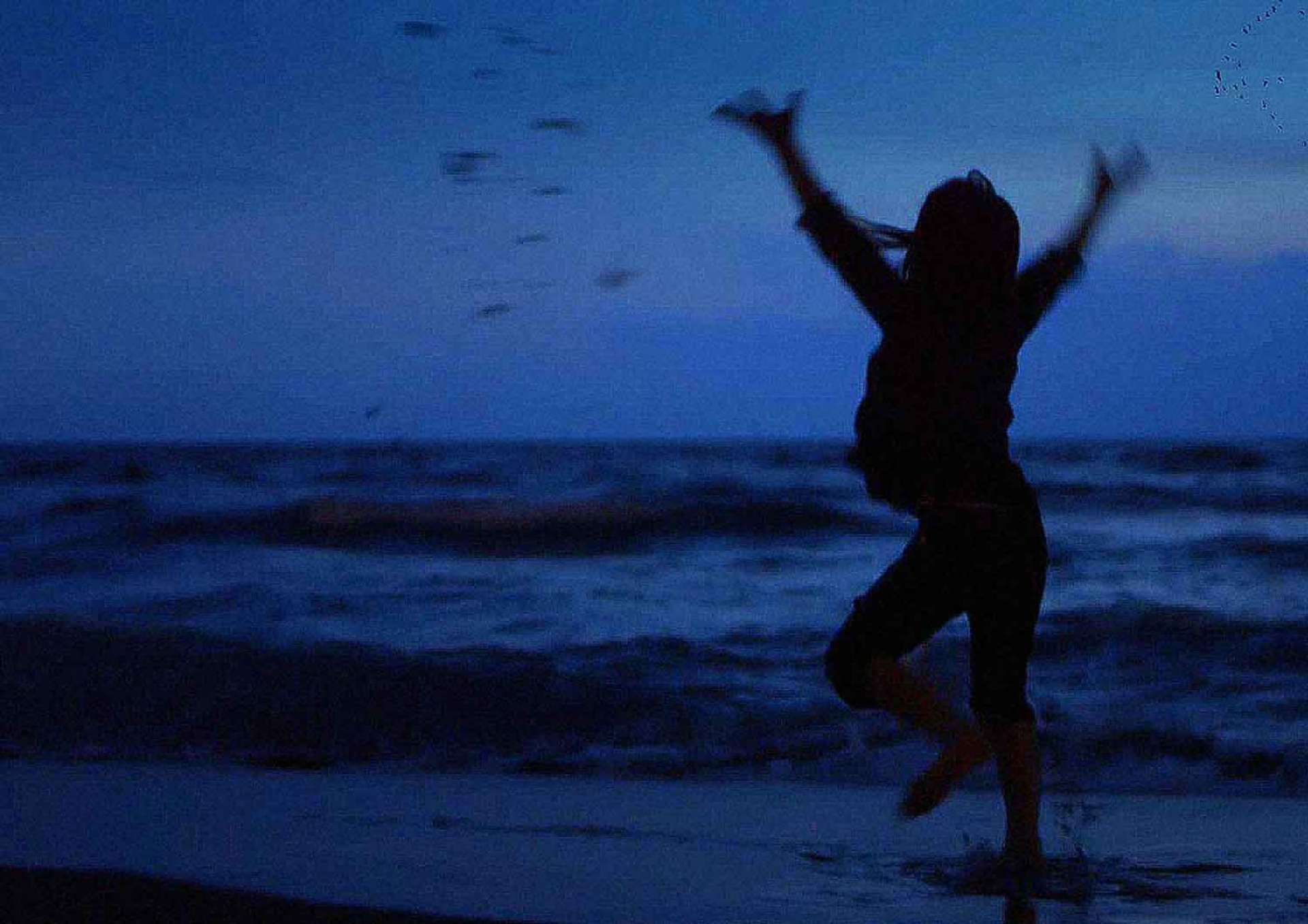 The Syrian conflict continues to be a matter of human inquiry in this selection, this time from the point of view of four children in a family who face the transformation of becoming refugees after their father, a soldier for the resistance, is kidnapped by enemy hands.

The documentary directed by Marcel Mettelsiefen begins with the children firing their toy guns and identifying the models of the missiles by the sound they do as a bombardment occurs nearby. When their father disappears, the children and their mother must leave the front line in Aleppo and seek a new life in a small town in Germany through a state program for refugees.

The story expands over time through a three-year filming approach where we accompany the children as they grow up, learn English and leave behind many of their traditions under the shelter of a mother who struggles daily to cope with the greatest sacrifice of their life.

Perhaps the most graphic approach to the echo of the Syrian conflict, 4.1 Miles, from director Daphne Matziaraki, follows Kyriakos Papadopoulos, a Capitan of the Greek Coast Guard, in his daily rescue operations of Syrian refugees, who everyday fill several passenger boats in their attempt to reach the sands of the Island of Lesbos from the coast of Turkey.

In a decision to leave nothing out of the picture in this daily tragedy, we see a small child hanging upside down, naked, supported by three women who slap him on his back to drain water from his lungs; or Papadopoulos himself performing CPR to the inert body of a drowned child and his furious impotence to know that the ambulance he requested won´t make it in time.

In the midst of his constant confrontation between life and death, Papadopoulos once orders the director to put down his camera. “When you are trapped between life and death I think there is no other choice. When the captain told me to stop recording and put down my camera, I was not even aware of it … I completely forgot that I was filming. “ Said Matziaraki interviewed by San Francisco’s KALW station, his place of residence.

The tenacious captain also finds time, in his moments of tranquility, to look with nostalgic eyes the beautiful sea that he has guarded for years and now has become a territory misfortune. “The world has to know what’s going on here. We cannot go through this alone, “ Papadoupoulos tells us in a scene of the film.

In his second Oscar nomination — the first was in 2005 with The Death of Kevin Carter: Casualty of the Bang Bang, in the same category — Dan Krauss comes back with “Extremis” following Dr. Jessica Zitter and her team in charge of treating terminal patients in a hospital of Oakland, California. The short film condenses in a few minutes the considerations to the complex subject of human agony through several patients and their relatives as they deal with the possibility of the loss of their loved ones.

During the endless walk of Zitter through the corridors of the hospital in her visits to the patients she treats, the film allows us to see how they react to the most difficult decision of their life. A brother tenderly explaining her possibilities to his dying sister, who can barely communicate; or a desperate daughter who finds in the heart beat of her unconscious mother the desire that she has to continue living.

“In one aspect I concentrated a lot on capturing these scenes was to find the line between intimacy and intrusion, because it would have been very easy to cross the intrusion line, where it would feel as if you were violating a sacred space” comments the director in an interview published by Moveablefest.

“It all consisted, in part, of physically positioning myself at a distance to propitiate a space and filming with long focal length lenses, and the other thing I did was to naturally gravitate on the faces of the people, that´s why there are many close ups in the film”

The award for Best Documentary Short Film will be awarded at the Oscars Awards Ceremony next Sunday, January 26th.

Check out all the trailers here!