Makala, the most outstanding feature documentary at Cannes 2017, GuideDoc's review

After his well-received film Bovines, in which he documents the life of a cow in the French countryside, in Makala young director Emmanuel Gras consolidates his austere look towards the primitive, which is already a crucial feature of his short career.

Here is what we think about it on Guidedoc.

Makala obtained the First Prize of the Critic's Week at the Cannes Film Festival, one of the parallel sections of the event, which marked a milestone when becoming the first documentary film to be awarded with such recognition.

Makala means in the Swahili language "Charcoal", a precious mineral in the provincial lands of the Democratic Republic of Congo and Kabwita Kasongo, the protagonist of the film, strives to produce and then sell it in order to provide sustenance to his family of modest origins.

Through an observational approach, Gras accompanies this young Congolese man during the arduous process of turning a dead tree into charcoal and then transporting the production in bags arranged on an old bicycle to a market in a three-days' journey on foot.

Gras and his camera are a same entity accompanying Kasongo. A 360-degree turn around him as he continually chops the trunk of a large tree unveils not only Kasongo's solitude and isolation in his duty, but also the commitment of his own space to the cinematic procedure.

The tree gives up and falls on earth, producing a reverberation throughout the hot and uninhabited grounds of Kolwezi, in southern Congo. The moment is magical and synthesizes the result of the will of a small man over the immensity of the natural environment from which he expects to receive something in return.

The previous scene only prophesies the effort that Kasongo will have to make to transport several bags of charcoal - which we have previously seen emerging from inside a pile of wood buried and heated - on a worn bicycle that he pushes over a long and rustic dirt road, a journey of three grueling days to the nearest market. 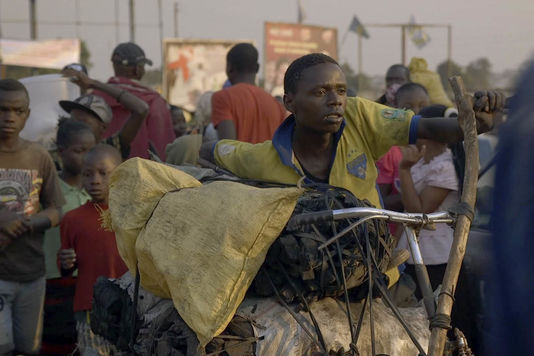 Gras manages to transfer the primitive idea of ​​using the means that are at hand to the cinematographic purpose using the lights of the few cars that cross the dirt road to illuminate Kasongo when he begins his journey during the night. This type of resources allows the film to dodge a spectacular vision that would betray its nature.

The daily scenes within his humble dwelling, where his wife heals his foot after being pinned with a splinter or where both of them talk about their plan to build a new house while their little children flutter around are the only moments that investigate in the aspirations and motivations of Kasongo to face his daily work. 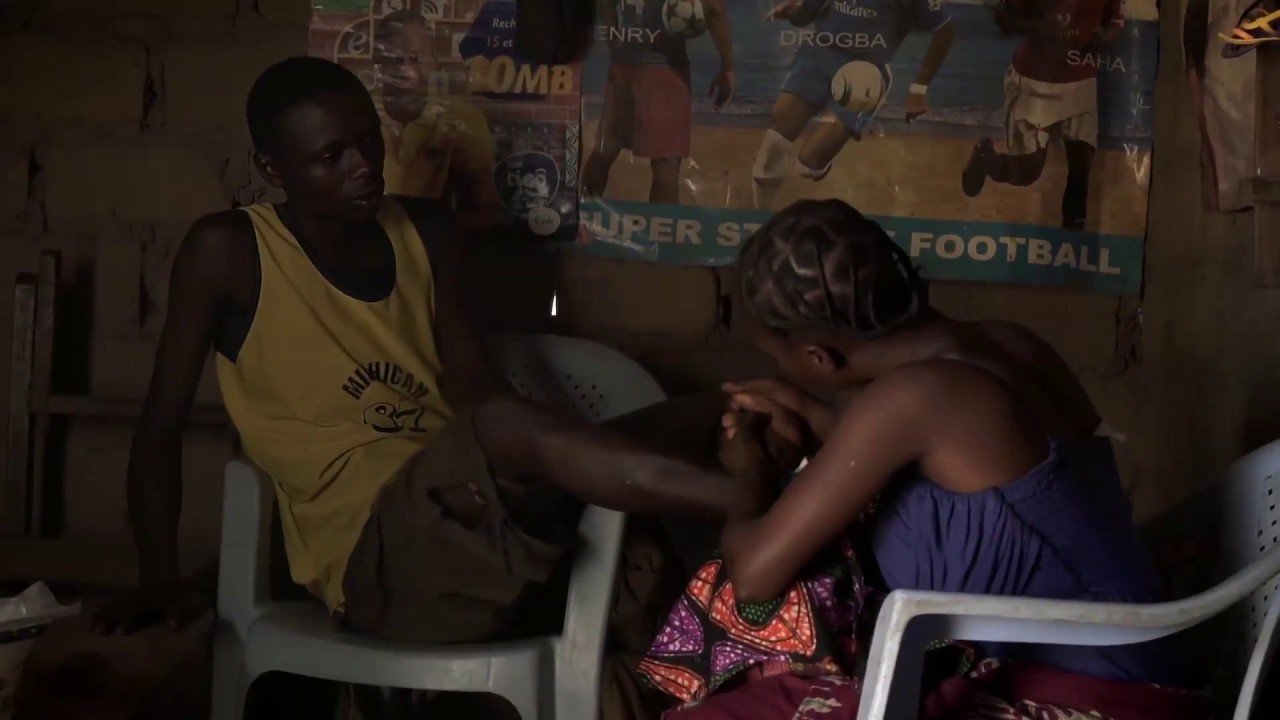 Evoking the treatment that Argentine director Lisandro Alonso did in The Freedom - premiered at Cannes in 2001 - with a young feller in the Argentine pampa and the ethnographic approach in Wang Bing’s The Man with no Name, it is the simplicity of the daily obstacles like the rubbing of a foot on a rustic surface, the scarcity of water under the sun, the weight of a load on which depends the well-being of the family what Emmanuel Gras's film conveys.

While such austerity could destroy expectations of greater formal risk, Gras's journey from the developed world to the periphery remains at bay from the spectacular when filming the harsh environment of a "wild man." However, despite an irremediable cultural distance, the film manages to portray with respect the existence of a simple man in his daily struggle for a life with dignity.